Guest Post from Patricia Batten, Author of Parenting By Faith

I remember a hand-painted sign in England, planted in a lush field of green and purple and yellow:  Don’t Damage the Daffs and Don’t Crush the Crocuses.Daffodils and crocuses are the harbingers of spring.  Don’t crush the hope of spring.  Don’t damage the blossom of new life.  Living by faith means there are future blossoms for Christians whose hope for mercy has been damaged or crushed.

In my New England garden, tulips are the floral forerunners of spring.  But in the dead of winter, nothing is in bloom.  During one winter cold snap with high temperatures peaking to 10 degrees, Rich surprised me with flowers.  He plunged a stiff bundle of yellow tulips inside a blue vase.  Their petals were cinched tight by the cold.  When I awoke the next morning, the petals were still pursed, unwilling to open and kiss the dawn.   Days passed, but the tulips persisted.  They refused to open even a smidgen and release their sweet, subtle scent.  Sometimes I wonder why God won’t open up and pour forth the fragrance of his mercy.  He’s waiting.  He’s withholding.  He’s tight-petaled.

By the end of the week, the tulips had been forgotten and the only fragrance in the house was the smell of taco meat simmering in the pan and permeating every nook and cranny of our home.  The kitchen was in full swing and I was head cook.  We topped our shells with mounds of cheese and a heaping side of suppertime insanity.  The dogs and the cat played a wild game of tag under our feet.  The kids raced back and forth fetching balls and Lego and army men and spelling homework.  Rich and I barked out orders to insubordinate soldiers.  The scene was uncivilized.  We were waiting to hear from the doctor about one of our son’s lab results.  He had lost eight pounds in three months and complained of belly pain.  I wedged an old-fashioned water bottle between the curve of my back and the back of the chair.  My back had gone out doing something heroic and meaningful.  Not really.  I was sitting in bed and I reached to pull the covers up.  My back protested and punished me.  Someone dropped a glass.  It was a circus.

Then the red-cheeked little one zoomed by and crashed onto my lap like a wave of fury on an unsuspecting shore.  My back jolted.  He wagged a pudgy pointer finger in the direction of the blue vase:  “Mom, look!  Your tulips hatched.”

And I remembered that even in the roar of the uproar, tulips still hatch.   When I least expect it, the tulip hatches.  And God’s mercy blooms.

Patricia Batten is a communicator who connects men and women to God’s word to encourage and equip them to live life with flourishing faith. Pat holds an MDiv and a DMin in Homiletics from Gordon-Conwell Theological Seminary and a ThM from the University of Edinburgh, Scotland. She earned her BA from Franklin Pierce University in Rindge, New Hampshire. She is ranked adjunct assistant professor of preaching and the assistant director for the Haddon W. Robinson Center for PReaching at GCTS. She also taught courses at Bradford Christian Academy in Haverhill, Ma.

Pat is known for telling a good story.  She retells old favorites.  She writes new ones.  She’ll even tell the biblical story from the perspective of a biblical character.  She immersed herself in story when she and her husband, Rich, lived in Scotland.  Today, they live on the North Shore of Boston with their three sons, Jack, Sam and Tim.  The boys love stories too!

Parenting by Faith: What Jesus Said to Parents

Imagine if Jesus lived in your neighborhood and you could bring your kids – or your worries about your kids – directly to him. Parenting by Faith: What Jesus Said to Parents invites you into the world of first-century mothers and fathers who did just that. Their ancient interactions with Jesus are instructive for modern parents.

Discover the kind of faith that flourishes in the ups and downs of parenting. It’s a faith that drives away fear and insecurity. Sometimes it’s fragile. But it’s always full of hope because it’s rooted in Jesus.

Each chapter includes a summary of main points and features for group or individual study, as well as suggestions for Scripture reading, action points/exercises, and prayers. 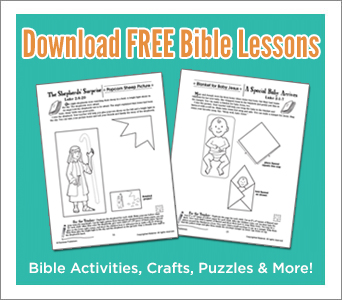